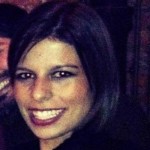 I was born and raised in Puerto Rico. I graduated with a B.A. from the University of Massachusetts-Amherst in Interpersonal and Multicultural Communications, with minors in Psychology and Spanish Literature. Subsequently, I completed a postgraduate degree at the Universidad de Valladolid, Spain in Economy and Marketing, followed by a Master’s degree at FIU in Advertising and Public Relations. As I began my doctoral studies at FIU in Sociocultural Anthropology, I focused my attention on Puerto Rican issues and later joined the Puerto Rican non-profit organization called Mentes Puertorriqueñas en Acción (MPA). In 2011, I was the director of the summer program, Programa de Apoderamiento y Retención de Agentes de Cambio (PARACa). Thus, my current research interests center on how Puerto Rican studies, social movements, education, national identity and discourses intersect. At the present, I am conducting research on the 2010-2011 University of Puerto Rico student strikes and their implications.